A downloadable game for Windows

It's the first and last update to Love Stomp!!! Get ready for Love Stomp 1.11: You Can (Not) Stomp! 3/1 EDIT: Reuploaded to fix a stupid oversight that is kind of hilarious in retrospect, actually, but ultimately not good to keep around. If you've already downloaded 1.2, please re-download it! Sorry for the inconvenience. 3/3 EDIT: Fixed an achievements-related bug.

Disclaimer: this is actually version 1.2. The name is a joke, you see.

NOTE: The ULTRA ROUTE is unlocked by finishing the other four endings. If you've played the first version and you just want to see the new ULTRA ROUTE, please check the read me file for instructions.

"What does the heart say that my muscles cannot?!"

A ridiculous wrestling dating sim! Play as Hulku-chan, a young Hogan-obsessed freshman attending Wrestling School. On her way to her first class on her first day, she runs into a mysterious, 8-foot-tall sophomore named Bully Demise and begins a journey of love, stomps, and heartbreak.

You can watch SGF's Valentine's stream of the game on YouTube.

The Reviews Are In!

And the critics are raving:

This is a fan work made by Lumi (bird-robot.com) and Koko (kokoronis.tumblr.com). SGF was not involved in the making of this game and is not associated with it in any way, aside from being the inspiration.

does auto forward time not work?

Playing through this was fantastic! Both the dialog and the art were fantastic. Specially super-happy with the Felicia ending :3 Thanks for putting this out, and I look forward to whatever you do in the future!

Hey, thanks! Glad you enjoyed it.

Great game! Lots of laughs the whole way through! I'm looking forward to more of you guys' jokes and heart!

Man, I want like most of the portraits in this game as stickers on facebook. I would use them all the time. Especially Bully going "Ok."

any way to add an auto text advance option in future updates? I loved your game on sgfs stream

I'm pretty sure this is an option in ren'py so I'd love to add that as an accessibility option! I think it just requires a little speed configuration to get things to work.

Pretty sure that's a default in renpy, but doesn't look like there's a dedicated hotkey for it and thus it needs some kind of icon to click.

Ideally, we would like to include new illustrations and a few additional scenes if there is future development, as well as the addition of some easter eggs. Most of these being ideas that were scrapped as the development window closed.

Honestly, we're really overwhelmed with the response to this thing! I initially thought it would just be a fun little Valentine's stream game for SGF, and not necessarily even released publicly. But since people seem to like it and want a "deluxe" version so to speak, we're seriously considering it. It's a pretty strong possibility that there will be some kind of update. I can't say how extensive of an update yet, but... probably something, yes! There was a lot we had to cut due to lack of time.

To you + Koko above: That really sounds awesome! Deadlines really are the bane of development when you have to cut things, but they're also helpful in making sure that it does get done. I definitely look forwards to seeing what you add if/when the Deluxe version comes! Oh, and is there a place I can go to throw a few dollars your guys' way?

Well, have another! :D

Thanks for the head's up! I imagine it's because it's a relatively new "program" so there's no reputation for the scanner to make an assessment off of, so it assumes the worst.

heuristics basically guess whether or not something is malicious based on what the program does, false positives are pretty common

This report might help you see what the antivirus thinks is suspicious, though obviously this is from an entirely different company:

get your daily dose of SWORD OIL 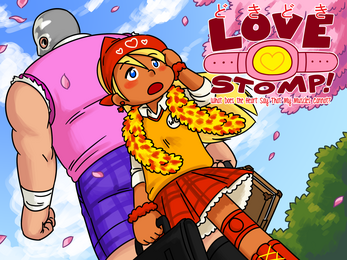